New statistics observed by the English press showed that the Egyptian international striker, Mohamed Salah, was clearly superior to the Portuguese star, Cristiano Ronaldo, the star of Manchester United.

Before their expected confrontation next Sunday at the Old Trafford stadium.

The headquarters of the “Red Devils”, for the ninth round of the English Premier League. Premier League for the current season 2021-2022.

And the English newspaper “The Sun” said, “Salah excelled in the speed race, at the expense of Ronaldo, in addition to the average number of meters performed by each player in the tournaments, which are observed by performance analysis companies, in statistics that gave the Egyptian pharaoh the preference on both levels.”

And the newspaper pointed out that: “Mohamed Salah runs an average of 9.4 kilometers per game, a slight difference from Cristiano Ronaldo, who runs in each match up to 9.3 kilometers, but the Egyptian pharaoh was the fastest, recording a top speed of 20.1 kilometers per hour, compared to 15.1 to Portuguese Ronaldo.

Mohamed Salah requires a huge salary for Liverpool. He wants to equal him with the two stars of City and does not think about Ronaldo

The British newspaper, The Express, reported that the Egyptian star of Liverpool Mohamed Salah, who presented himself strongly this season after scoring 9 goals and making three in all competitions and re-emphasized the high technical and goal value that he reflects in the “Reds”, Determine the value of the salary he requires in order to renew his contract with Liverpool, which expires in the summer of 2023.

The newspaper confirmed that “Salah’s requirements” were leaked to the media, in which it was found that he wanted a salary of 450 thousand euros per week (23.5 million euros annually).

Salah is 29 years old and is considered the second in the salary level in Liverpool, with 230 thousand euros per week (12 million euros), behind the Dutch rock, Van Dijk.

And the newspapers reported that Salah’s agent was transferred to the Liverpool administration, the Egyptian star was disturbed by the fact that 16 players are superior to him in salaries in the English Premier League.

Despite his tyrannical stardom, and said that he at least wants to equal him with the two Manchester City stars, Jack Grealish and Rahim Sterling, who receive about 370 thousand Euros (19 million euros).

And in this case, Salah will remain behind players such as Romelu Lukaku, Varane, Jadon Sancho, goalkeeper David de Gea, Ronaldo, and Kevin De Bruyne, unless he manages to achieve what he demands and reaches 450 thousand euros.

But he does not think about Equal to the highest salary in all the English Premier League, Manchester United star, Cristiano Ronaldo, amounting to 600,000 euros (31 million euros).

Mohamed Salah “plays out of this world”. A stunning response to Thierry Henry.

Former players and football experts responded to the statements of the French legend, Thierry Henry, who considered the Egyptian Mohamed Salah, the Liverpool star, “the best in England only, not in the world,” stressing that Salah is the best player they have seen for a long time and plays outside this world, indicating that he deserves to win the Ballon d’Or.

Liverpool legend Alan Kennedy told the BBC: “Salah is the best in the world at the moment for me.

He added: “After the year’s Mo spent at Liverpool, it can now be said that he is the best player.

Give him a chance anywhere, whether it is inside or outside the box, he will have a chance to score a goal.”

He continued: “He is exceptionally good and deals very well with his foot, you can’t leave any space for him because he will be able to score as we saw his goal against Watford.”

Salah scored in nine consecutive matches to become the first player in the history of Liverpool to do so, and Salah’s contract with the “Reds” expires in June 2023 and he has not yet reached an agreement to extend the contract.

For his part, former Chelsea player Chris Sutton advised the Liverpool administration to preserve the services of Egyptian international Mohamed Salah, and Sutton said: “Mohamed Salah is the best player in the world at the moment, outperforming all names.

They are world-class players, but Salah plays outside of this.” The world at the moment, when Mohamed Salah sees the defenders of the English Premier League.

He sees in front of him those little orange cones that are used in the training ground, dancing around them and scoring goals, as we saw against Manchester City before the international break, and as we saw against Watford.”

And he continued: “Not only that, he does all this in the most difficult league in the world, which must be taken into account when deciding who is the best in the world.

Kylian Mbappe for example scored the winning goal for Paris Saint-Germain this week, While Mohamed Salah scored in seven of his eight matches in the English Premier League this season.RELATED:What Movie Can I Watch To Make Me Feel Better? 20 Ranked Movies.

What is Jason stathams best movie?

Who Is The Most Kindest Celebrity In The World? 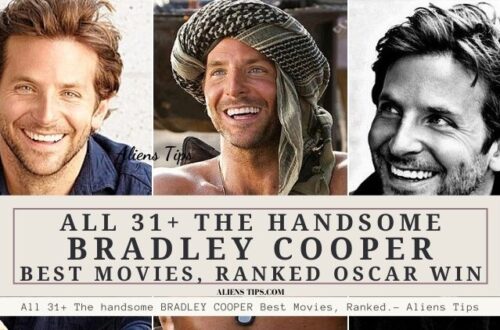